ExxonMobil Chemical Company recently announced that it will expand the alkane fluids production unit at its Yulon Petrochemicals plant in Singapore. The expansion is planned to add 130,000 tons per year of alkane fluids to the existing capacity. IRO Biocide understands that the new plant will be commissioned in the fourth quarter of the year.

ExxonMobil is one of the world’s largest publicly traded energy providers and chemical manufacturers.

Access to energy underpins human comfort, mobility, economic prosperity, and social progress. It touches nearly every aspect of modern life. Over the course of its long history of more than a century, ExxonMobil has evolved from a regional marketer of kerosene to an advanced energy and chemical innovator, and one of the largest publicly traded companies in the world.

Over the past 135 years, ExxonMobil has evolved from a regional marketer of kerosene in the U.S. to one of the largest publicly traded petroleum and petrochemical enterprises in the world.

According to ExxonMobil, the production increase stems primarily from the increased application areas for alkane fluids and increased global customer demand, especially in the Asia Pacific, where demand has maintained a 5-6% annual growth rate.

ExxonMobil Chemical Exxsol dearomatized fluids, with typical values of less than 1% aromatic content, have good solvency characteristics and are suitable for a wide range of applications. Because of its relatively high occupational exposure limits (OELs), Exxsol can replace common solvent products that do not meet health or environmental regulatory requirements. The more advanced ExxsolD grades have boiling points of 140 to 310°C.

Here, we must explain what is Alkanes.

Alkanes are a class of organic compounds in which the carbon atoms in the molecule are all connected by carbon-carbon single bonds and the rest of the valence bonds are bonded to hydrogen. The general formula of chain alkanes is CnH2n+2, and the general formula of cycloalkanes is CnH2n, which is the simplest class of organic compounds. The main sources of alkanes are oil and natural gas, which are important chemical raw materials and energy materials. 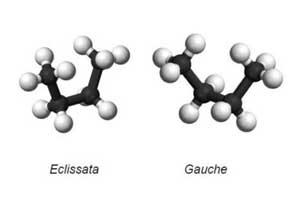 All the carbon atoms are sp3 hybridized, and all the atoms are connected by σ-bonds with bond angles close to 109°28′. The two bonding atoms are “free” to rotate around the bond axis.

Since alkanes contain only a C-C single bond and a C-H single bond, both of which are very strong, and the difference between the electronegativity of carbon and hydrogen is very small, the polarity of the C-H bond is very small and it belongs to a weak polar bond, so compared with other organic substances, alkanes ionic reagents have considerable chemical stability. However, under certain conditions, such as at high temperatures or in the presence of catalysts, alkanes can also act with some reagents.

Note: IRO Biocide always supplies high-quality biocide chemicals and products. They are included but not limited: Aldehyde, Chlorhexidine, Environment-friendly Biocides, Halogen, Hydantoin, Isothiazolinones, and Other Routine Biocides. If you have any requirements, just contact us.