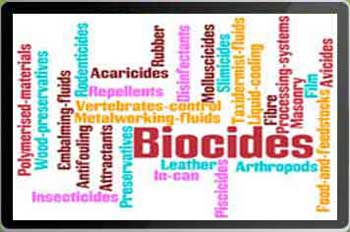 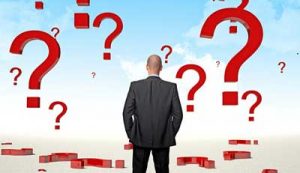 How does this chemical pronounce?

Benzisothiazolinone is an preservative chemical used in a wide variety of applications, such as cleaning and building products. It is a preservative, but Benzisothiazolinone is also a disinfectant used in the film, fiber, leather, masonry, metalworking, and embalming industries. However, it is also found in liquid hand soap and sunscreen. It dissolves in water and is used in water-based solutions, such as pastes, paints, and oils.

As a Benzisothiazolinone supplier, we use it in several of our products as a biodegradable preservative that is a better alternative to formaldehyde, methylisothiazolinone, and medium-chain triglycerides.

2. What Is Benzisothiazolinone Made of?

There are three common methods for making benzisothiazolinone.

You can read this post to find more details about Benzisothiazolinone synthesis.

3. How Does Benzisothiazolinone Kill Bacteria?

Benzisothiazolinone belongs to one of the biosynthesis inhibitors and it is a heterocyclic compound. It is Mainly non-oxidizing fungicides. The active part on the heterocyclic ring forms hydrogen bonds with the bases in the protein of the bacteria and is adsorbed on the cells of the bacteria. Thereby destroying the structure of DNA in the cell and making it lose the ability to replicate. Eventually, kill bacteria.

The bactericidal mechanism is that the Benzisothiazolinone enters the bacteria through the cell membrane and cell wall, and reacts with the sulfur-containing components in the cell. Then kill bacteria.

The most important biological activity of Benzisothiazolinone is the formation of chemical bonds between the S, N and O groups on the heterocyclic ring and the DNA bases of proteins in bacteria. This destroys the structure of the DNA inside the cell, making it unable to replicate and causing the cell to die. Because the DNA of bacterial cells is naked (prokaryotic), while the DNA of human cells is enveloped, its biological activity is selective.

Methylisothiazolinone (MIT), is an organic compound, chemical formula is C4H5NOS, molecular weight is 115.15. It is a white to yellow powder with a certain odor. It is a highly effective fungicide. It has a good effect on inhibiting the growth of microorganisms. MIT inhibits the growth of bacteria, fungi, molds, and mildew.

Benzisothiazolinone may be in the form of a white to yellow powder or liquid. While many uses of the chemical are approved by the federal government, it can cause allergic reactions in some individuals and is considered an ingredient of concern by many healthy products sources.

BIT had no irritation, and the acute oral LD50 of rats was 1400 mg/Kg, indicating low toxicity. No carcinogenic, teratogenic, mutagenicity was found.

In 2005, Benzisothiazolinone underwent a review process by the EPA to determine its reregistration eligibility for use in a range of products and applications. After considering the overall information on its toxicity, uses, and environmental effects, the EPA concluded that it posed no harm to the population. However, that doesn’t mean no health effects were found at all.

The opinion further states: “There is no information on what may be safe levels of exposure to Benzisothiazolinone in cosmetic products from the point of view of sensitisation. Until safe levels of exposure have been established, the use of Benzisothiazolinone in cosmetic products as a preservative or for other functions cannot be considered safe in relation to sensitisation.”

Where normal use would yield a dose below the level at which skin sensitization might occur. The products under consideration were sunscreen, laundry detergent, dish soap, and spray cleaner.

Later, in 2013, researchers published a study that set out to derive the highest concentration of BIT in certain consumer products that would result in exposures below the No Expected Sensitization Induction Level (NESIL). That is, where normal use would yield a dose below the level at which skin sensitization might occur. The products under consideration were sunscreen, laundry detergent, dish soap, and spray cleaner. They then performed a pilot examination via bulk sample analysis of one representative product from each category labelled as containing BIT. Their findings showed all BIT concentrations well below the limit of detection of 0.0006%.

These are five most FAQ about Benzisothiazolinone. I hope this article is helpful to you.